Confused? I hear ya. I used to be too. We’re gonna work it out though. And by the end of this post, you’ll also know why Oregon’s Heceta Head Beach is one of our go-to family travel spots.

Here’s how it breaks down:

Going to the beach

If you’re like me, you might be familiar with the idea of “going to the beach.” There’s warm sun, a big stretch of sand, and warm water perfect for splashing in, whether you’re 3 or 103.

That’s what I grew up with. As a native Virginian, I grew up with vacations to Virginia Beach and South Carolina’s Myrtle Beach. During college, I’d drive to visit friends on the Florida coast or the Jersey Shore.

And then, when I was 20, I visited Oregon for the first time. During that trip, I got introduced to a completely alien concept: “going to the coast.”

In principle, this doesn’t seem different. There might still be sand and surf and sky… But that’s where the similarities end.

Going to the coast

During my first trip to Oregon, my best friend and I spent a few days in Newport. It was July. The sky was clear. One late afternoon as we walked along the beach, I realized that I very much wanted to put my toes in the Pacific, to touch a different ocean from the only one I had known all my life. So I took off my shoes and put my innocent little tootsies into a bit of oncoming water.

A shard of cold like an ice pick lanced up my foot and through my calf.

I stumbled backward. My friend just about fell over laughing.

Sure, the bits of the Atlantic Ocean I had known were warm. But this was the northern Pacific Ocean, and if you aren’t acquainted, it’s blippin cold.

The water here is cold. Plus, throughout the year there can be “sneaker waves,” larger waves than normal, that swoop far inland and sometimes sweep people out to sea.

On the east coast, my idea of driftwood was small boards or wee sticks just big enough to be make-believe pirate swords.

In Oregon, “driftwood” is another word for “half a forest chucked around in the water for a few years and then lobbed onto the shore like a toddler throwing toys out of a crib.”

But it’s also glorious, fun to visit, and well worth your while.

Safe and fun family travels on the Oregon Coast

The 363 miles of Oregon’s coastline—all public land, by the way—are absolutely stunning. Whether shimmering sands or evocative rock formations, the dunes that inspired Frank Herbert’s imagination or cliffs that seem like the land was hacked by a celestial cleaver, the Oregon Coast is full of unique, breathtaking sights.

It is not, however, the beach of, shall we say, vacation mythology. (There are spots you just should not go to.) It is a beauty you have to work for. It’ll be worth it. But you want to be ready too.

As Jodie and I have fine-tuned our parenting game over the years, we’ve found a spot on the Oregon coast that we love returning to with our kids.

Located about 20 minutes’ drive north of Florence, Heceta Head Beach at the Heceta Head Lighthouse State Scenic Viewpoint is our favorite kid-friendly spot on the Oregon Coast. (But don’t get confused: There’s Heceta Beach is farther south, but not the same place.)

Rocky cliffs wall off the beach on both sides, sheltering this area from some of the harsher currents and winds. The parking lot butts right up to the sand—no tall stairs to go down or high dunes to clamber over. A long, wide gently curved beach gives ample room for beachcombing, splashing, rockfinding, tidepooling, dog romping, and general kid dashing about. There’s also a wee half-mile hiking trail up to the iconic Heceta Head Lighthouse above.

While we follow all the safety precautions and keep our own personal parental “coast guard” up here too, we do breathe some sighs of relief at how much the kids can play at Heceta Head. The area is an Oregon State Park, so is well maintained (and there’s a nominal parking fee, which you can pay be card at a meter near the toilets).

Beyond the surf, the surrounding lava cliffs inspire both awe and storytelling. You can also watch native birds nesting on a nearby rock (which is closed to public access, so the birds have a protected space).

Once you’ve finished your romp at Heceta Head, it’s also easy to roll north to Yachats and Waldport, or south to Florence for a hot beverage, a good meal, and/or a night’s stay.

Making memories on the Oregon Coast

We go to Heceta Head Beach just about any time we’re on the Oregon coast. It’s by no means the only kid-friendly spot, of course, but it’s the one we love the most. Our kids play in the surf and can spend ages exploring. We take in the salty air and marvel at the natural beauty around us. We make good memories on every visit.

We love living here, and we love knowing that our kids are learning their own love of home and sense of place.

The Oregon Coast. It’s not an east coast beach. It doesn’t have to be. The Oregon Coast reminds us that some beauty is more rugged, but no less lovely and worth a visit. 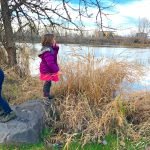 Canoe Canal: A quiet water wonderland In The heart of the city 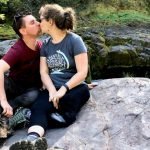 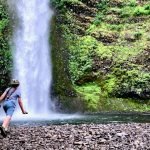 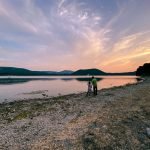